Virtual meetings, bills and the session’s length are topics that have been raised leading up to the 2021 Virginia General Assembly session, but some of the most pressing questions from Valley residents have yet to be asked.
To allow constituents to ask questions to legislators, the Harrisonburg- Rockingham Chamber of Commerce will host its annual pre-session legislative breakfast Friday virtually through Zoom.
Confirmed panelists include Sens. Emmett Hanger, R-Mount Solon, and Mark Obenshain, R-Rockingham, as well as Dels. Chris Runion, R-Bridgewater, Tony Wilt, R-Broadway, and Todd Gilbert, R-Mount Jackson.
Attendees who sign up for the virtual event will be able to ask their representative questions regarding the upcoming legislative session. While the event is free, capacity will be limited to 200 people.
Much like the pre- session
legislative breakfast, the upcoming session is also slated to be held virtually after House Speaker Eileen Filler-Corn announced the plan on Nov. 16.
“As legislators, we must set an example on how to conduct our business and adapt during this pandemic,” she said in a press release. “While I look forward to the time we can return to conducting business in person and go back to the way we operated prior to the global pandemic, at this time we must continue to listen to the experts and make informed, responsible decisions based on their recommendations and science.”
Within a week, Runion announced his intent to attend the session in person.
In a press release, Runion said there was a lack of transparency dictated by a virtual session that limited constituents’ ability to testify as witnesses during committee meetings, which impacted legislation.
“It is my hope that we can work to ensure that Virginia’s representatives can convene in Richmond and fulfill our Constitutional duties and to do the job our constituents elected us to do,” he said. “Either way, I plan to be present in Richmond.”
Obenshain and Gilbert released their own statements regarding the session, focusing on limiting the session to 30 days instead of extending it to 45 days.
Obenshain said in a press release that while it has become normal to extend the short session from 30 to 45 days, 2020 has been “ anything but normal,” adding that given the 2020 regular session was 65 days and the special session 84 days, legislators were “ at risk of veering away from our citizen legislator model.”
“As elected officials, we are accountable to our constituents and if we continue to extend our sessions, we are effectively creating a fulltime legislature and another rank of career politicians here in Virginia,” he said.
The 2021 session will convene on Jan. 13, and there were already thousands of bills prefiled as of Monday.
So far, the only bills filed by Valley legislators have been ones continued
or reintroduced from the previous session, including the bill defining dairy products.
Co-patroned by Runion, Sen. Bryce Reeves’ Senate Bill 510 would define milk as the “lacteal secretion of a healthy hooved mammal,” with the exception of human breast milk. The bill would direct the Board of Agriculture and Consumer Services to implement a plan to ban all products misbranded as milk, such as plant- based beverages.
The legislation passed the Senate’s committee on agriculture, conservation and natural resources in 2020, but was continued to 2021 by the finance and appropriations committee. Runion also co-patroned a bill to require subcommittee or committee meetings to be streamed and recorded for the public.
Two of Obenshain’s bills from the 2020 session are back after being continued.
SB 699 would allow a court to fine a person no more than $200 for failure to respond to a jury questionnaire. SB 1042, which passed the Senate 39-0 but was continued by the House, deals with the execution of a will.
Hanger is a co-patron of three bills, two dealing with health insurance and the coverage of prosthetic devices, and the other involving expanding the category of individuals who can evaluate a person subject to emergency custody to determine if that person meets criteria for temporary detention to include mental health professionals.
To register for the pre-session legislative breakfast virtual meeting, visit the Harrisonburg-Rockingham Chamber of Commerce’s website at www.hrchamber.org. 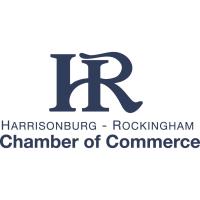