HARRISONBURG — The four presidents of area colleges and universities met and spoke at the Spotswood Country Club on Monday during the Harrisonburg- Rockingham Chamber of Commerce meeting.
The annual meeting is the unofficial start of the new school year for Presidents Jonathan Alger, from James Madison University; John Downey, from Blue Ridge Community College; David Bushman, from Bridgewater College; and Susan Huxman, from Eastern Mennonite University.
The meeting was a chance for the area presidents to discuss what is new at their respective schools and what is on the horizon.
Bushman spoke about being a college president and the excitement of being able to tell stories.
“You can’t fake this, you have to be dedicated to the position and committed to something that is far bigger than you,” he said.
He spoke about the importance of a liberal arts education, something that can be criticized in the media and how it’s about making connections.
“It gives you the ability to see the world and to see those connections,” Bushman said.
One of the big projects being undertaken currently at Bridgewater is the renovation of the library built in 1965, which began a year and a half ago. The $13.2 million project will turn the library into a learning commons, that should be completed by the end of fall semester.
Looking to the future, Bridgewater is developing its five-year strategic plan that will take them through 2025. The big items being developed currently involve an overhaul of the career center, and a redesign of the school’s core curriculum.
“This will take a couple of years,” Bushman said.
Blue Ridge Community College recently unveiled its newly finished biosciences building, which will house programs such as nursing, EMT and medic training. The building provides a lot more space for practical hands-on learning.
JMU can expect about 22,000 students this fall for enrollment. Among those 22,000 are 26 of the 32 first cohort of Valley Scholars that kicked off the program when they entered eighth grade, five years ago.
Valley Scholars includes students from seven different area school divisions. Students are identified during their last year of middle school and if they keep their grades up and meet various other requirements, while being mentored, they are guaranteed admission to JMU and receive a full scholarship.
All students are first generation college attendees. There are more than 200 students in the program now after five years. Of the 32 first cohort completer, 26 have chosen JMU and half will be in the honors college, Alger said.
Alger discussed the school’s upcoming participation in the 2020 federal census. One area that is often underreported on censuses is college students who spend more time living in their college town than their hometown, and therefore should be counted as Harrisonburg residents.
“There is $675 billion in funds tied to the census data,” Alger said. “We want to ensure good and accurate counting so that we can get those federal resources that we deserve.”
At Eastern Mennonite University, 99% of students receive financial aid, at the private, liberal arts college. The student to faculty ratio is 12 to 1. The school boasts more than 60 denominations and faith traditions in addition to Mennonite. 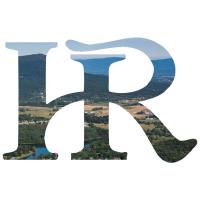